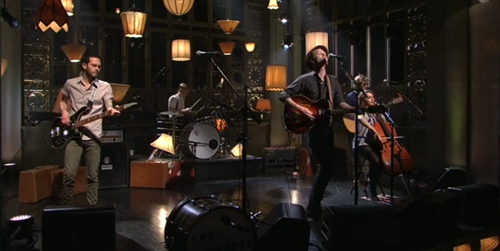 The Lumineers have been ubiquitous for the past year with their hit “Hey Ho” from their self-titled debut, but the band’s second single “Stubborn Love” is also destined for greatness.

The song comes off their self-titled debut album, and the Denver-based band played it recently during an appearance on Saturday Night Live.

Check out the performance below and visit the Lumineers’ official website for more information. Hayley Performs 'Nothing To Me' in the Guild Lounge