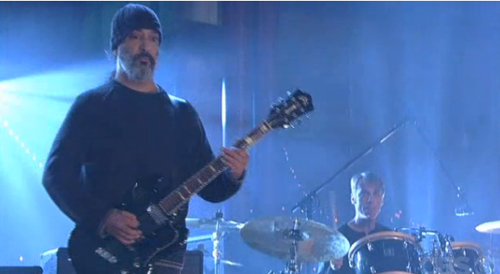 Coinciding with the release of their first album in 15 years, Soundgarden was recently the featured guest on The Late Show with David Letterman.

On the show, they played the lead single from King Animal, a grunge-tinged track called “Been Away Too Long.”

Afterwards, the Seattle legends played an hour-long set for the audience, lacing the new tunes with several classics from their canon.

Watch the Live on Letterman performance below and visit Soundgarden’s official website for a list of tour dates. The Pierces Stop By Letterman