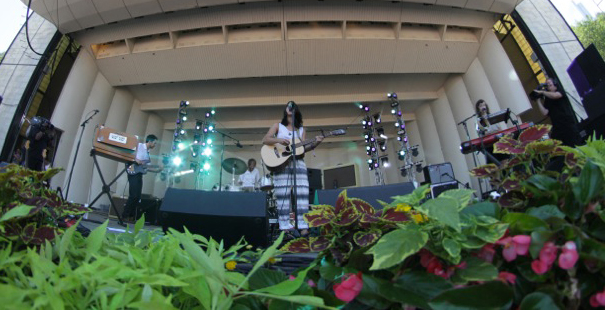 If Sharon Van Etten had her druthers, she would have played Lollapalooza 15 years ago.

That was the sentiment she shared during a mesmerizing set Friday afternoon in Chicago’s Grant Park.

Taking the PlayStation stage at 3 p.m., Van Etten gushed about fulfilling one of her dreams.

“It’s funny that you’re a teen when you want to play Lollapalooza and now you’re 30,” she joked.

Judging by her performance, Van Etten deserves it. Culling mainly from her 2012 ode to relationships gone bad, Tramp, Van Etten weaves personal tales (she has sometimes wondered if they are too personal) with her haunting vocals and heartfelt lyrics.

On stage, though, there’s always that funny banter in between songs, which seems to suggest that performing is a means of therapy for Van Etten.

One can’t help but be charmed when Van Etten talks excitedly about all the bands she wants to see at Lollapalooza.

“Black Keys! The Shins! Michael Kiwanuka!” She basically gave the crowd their marching orders for Friday.

“This is a time when I wish I could be in two places at once,” she noted with a smile.

Throughout her show, there are both the folksy strums of an acoustic guitar and a bow taken to an electric guitar to create an atmospheric landscape.

But the most-powerful instrument Van Etten carries in her arsenal is her emotion, whether dealing with heartbreak or pure joy. 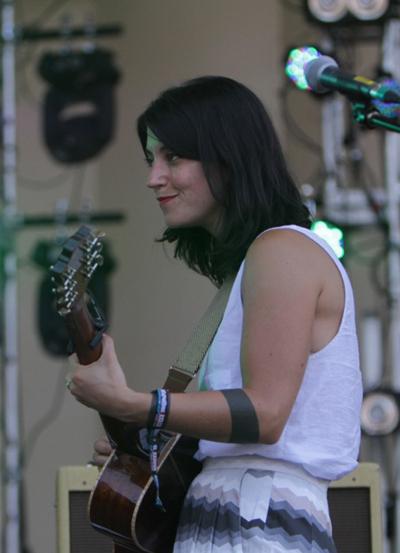 The Head & The Heart Perform 'Cats & Dogs' At Lolla