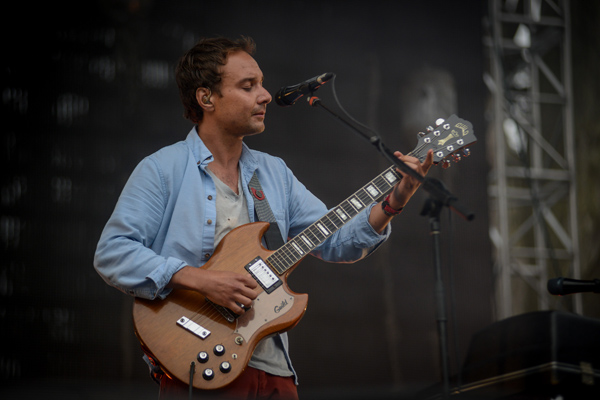 Even though it was Grizzly Bear’s first time playing the Outside Lands music festival in San Francisco, it seemed like this band was meant for the bill.

The Brooklyn collective ran through a list of hits from their extensive catalog, plying their folky indie-rock wares to an enthusiastic audience.

Following the release of 2012’s Shields – which came out an agonizingly three years after their previous album Veckatimest – Grizzly Bear’s hearty fan club was anxious to see them live.

The foursome is made up of Chris Bear, Ed Droste, Daniel Rossen and Chris Taylor, and the band brought up a fifth honorary member, Aaron Arntz, to play keys on a song, as well.

With a trademark San Francisco mist fogging up the wooded environs, Grizzly Bear brought the crowd up through the elements with the slow builds of songs like “Ready, Able” and “While You Wait for the Others.”

Still, the biggest highlight had to have been “Two Weeks,” which came off Veckatimest.

The soaring chorus and infectious groove made it impossible to stand still. 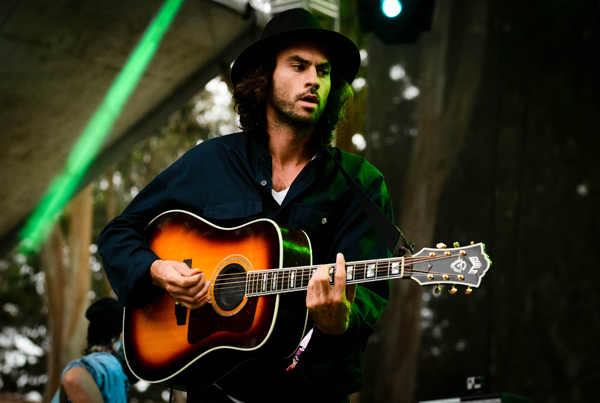 Meanwhile, the Head and the Heart turned in a quality performance across the Golden Gate Park grounds just as Grizzly Bear was wrapping up.

The indie-folkers took the Sutro Stage around 7:20 p.m. and played a variety of tracks from their upbeat 2011 debut album.

The eponymous effort yielded the piano-driven “Ghosts” and a sweetly subtle “Down in the Valley.” The song “Lose My Mind” was one of those ones that had fans putting their arms around one another and swaying back and forth – no matter if they were strangers.

The Head and the Heart also gave their capacity crowd a few real treats with tracks off their upcoming album Let’s Be Still.

Coming out in October, the record’s “Shake” was a true bright spot that got the entire crowd clapping along to the building intro.

Both Grizzly Bear and the Head and the Heart can have their tender and subdued moments, but during their Saturday performances, each had moments that got their respective audiences going. Guild USA
Band of Horses Rev Up Outside Lands