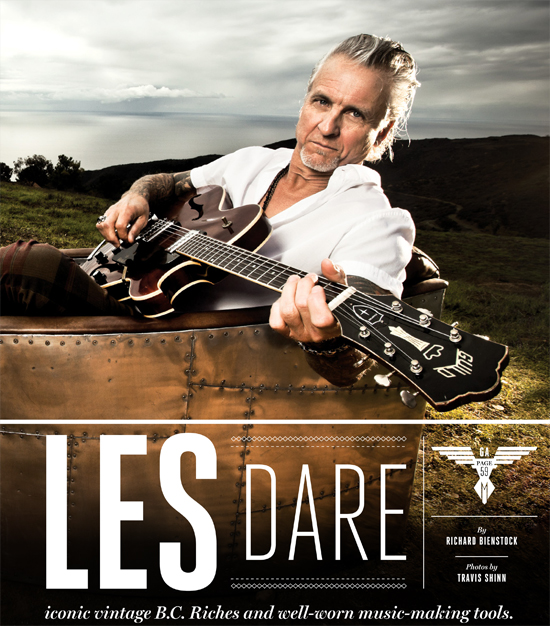 In the May/June issue of Guitar Aficionado, Pat Benatar guitarist Neil Giraldo discusses his history with Benatar, his contributions to ’80s hits such as Rick Springfield’s “Jessie’s Girl” and some of his current projects.

Giraldo also invited the magazine into his Malibu home to take a look at some of his favorite instruments.

Included in that list is an early-’60s Guild Starfire III.

“When I was a kid, there was a guitar player named Phil Meglarino who lived down the street in Cleveland,” Giraldo told GA. “He had a great quiver. When he shook a string, it had a great sound. And he played a Starfire. When it got to the point that I had some success and I had some money, I wanted to get one of those guitars in honor of Phil. So I bought one a long time ago and never used it. It was like a keepsake. Then I decided, it’s time to break this out. So as of the last couple years I’ve been playing this one. It came with a vibrato bar, but I have a problem with the sliding bridges because I palm the bridge so much that it moves around. So I changed out the bridge and the tremolo.”

Band of Horses Go Acoustic in Nashville
Scroll to top