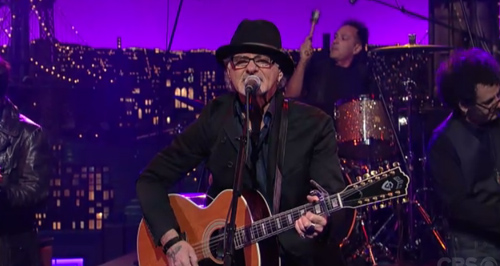 Bill Carter and Johnny Depp were in a band in the early 1990s called, simply, P, and the duo recently took the stage together (with The Blame) on The Late Show with David Letterman.

The song of choice was Carter’s “Anything Made of Paper,” which was written for Damien Echols of the West Memphis Three, a cause Depp has supported fervently.

(Echols and two friends were freed in 2011 after spending more than 18 years on death row for being wrongfully convicted of murdering three young boys in Arkansas.)

Watch the performance in the video below and check Carter’s official website for more information.