Fran Healy formed Travis in Glasgow with Dougie Payne (Bass), Andy Dunlop (lead guitar), and Neil Primrose (drums) in 1990. After writing demoing songs such as “All I Wanna Do Is Rock” the band grabbed the attention of Sony Music Publishing and soon after signed to Independiente Records.

One of Fran’s earliest Guild experiences was with a Jumbo 12-String, which he first used properly on the recording of “Sing” from the album “The Invisible Band” which he claims “Its the best sounding 12 string…..ever” 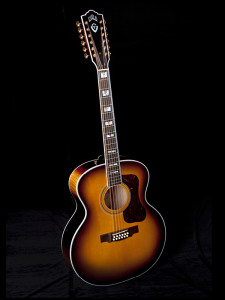 We Are Scientists Performances