When Band of Horses took to the Lands’ End Stage at San Francisco’s Outside Lands Friday  around 3:30 p.m., the atmosphere was slightly subdued, having been rocked to chill-mode by Surfer Blood.

But Band of Horses awoke the masses with their bombastic set that included a mix of hits from years past and several head-nodding numbers from their latest album Mirage Rock. 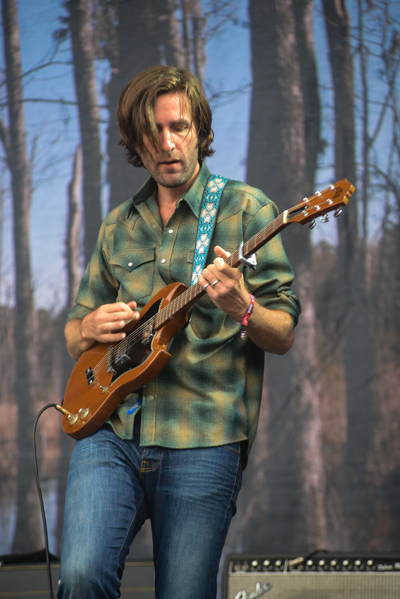 Early on in their set, Band of Horses pulled out one of their most popular songs, “Is There a Ghost,” relying on a constantly-building guitar crescendo and frontman Ben Bridwell’s unforgettable voice.

That was followed by “Electric Music,” a traveling song that really revved up the proceedings and seemed to be faster paced than the album version.

Proving to be one of the must-see shows on this summer’s festival circuit, the quintet knows how to switch things up while still honoring their original trackings.

Perhaps it’s a break of hearing it live, but “No One’s Gonna Love You” seemed to be even more haunting than it is on their record.  That didn’t stop the building audience from singing along, but it did cause many to put an arm around a significant other and sway in hypnotizing agreement.

That was broken, however, for “Knock Knock,” the racing rambler that leads off Mirage Rock.

As they laid into the driving beat that moves the refrain along, the growing crowd clapped in unison.

It was the perfect refresher to get things revved up for the rest of the festival. David Nail Drops New Video for ‘Whatever She’s Got’